It appears 50 Cent and Floyd Mayweather have finally squashed their beef after it was announced that the champion boxer has been invited to 50’s anticipated Tycoon event. 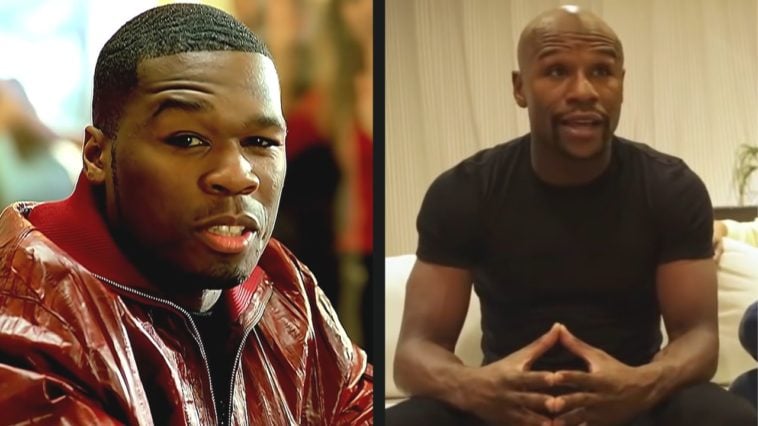 50 cent and Floyd Mayweather may be able to rekindle their friendship after all as they squash a decade-long beef.

50 cent announced on Instagram that Floyd is confirmed to be a part of his upcoming Tycoon event on August 27th.

“Yeah, the champ said he’s going to pull up on me for Tycoon so you know we going to go crazy.”

According to an old interview on Power 106’s Big Boy Neighborhood, the beef started over Mayweather not giving the “A Lil Bit” rapper back $2M after helping him with TMT while he was making a bid in prison in the year 2012:

“He asked me to help him with the promotion right then as he actually got in I realized there are no other Mayweather Promotions, there’s no LLC there are no seals non-corporators no it’s just the name.”

50 Cent also says Mayweather acted like he didn’t ask him for help with the company:

“There is no pressure there but when is going to say he wants to give me the other half and then when he finally brings up the situation he acted like he didn’t know anything like I didn’t tell you to do that and I’m looking at him like you told me in my face to that.”

The undefeated boxing champion tells the story in his own words, saying that the “In Da Club rapper wanted to buy 50% of the TMT company in an interview with Fat Joe on Instagram Live in 2020:

“You can’t hang out with me every day for years then all of a sudden if I don’t give you half of my money, you’re dumb, you’re stupid, you can’t do this and you can’t do that.”

Regardless of how the beef started, it’s good to see the two men with large egos be able to put past issues behind them and start a new beginning in their friendship.

While the feud was still going on 50 decided to poke fun at Floyd after getting into it with Jake Paul.

Ahead of his exhibition match last year against Internet celebrity Logan Paul, Mayweather was in an altercation with Paul’s brother Jake, and images from the incident have gone viral.

Not missing an opportunity to make fun of his former friend turned rival, 50 Cent went to Instagram to clown Mayweather’s hair after Jake Paul snatched the world champion’s hat from his head.