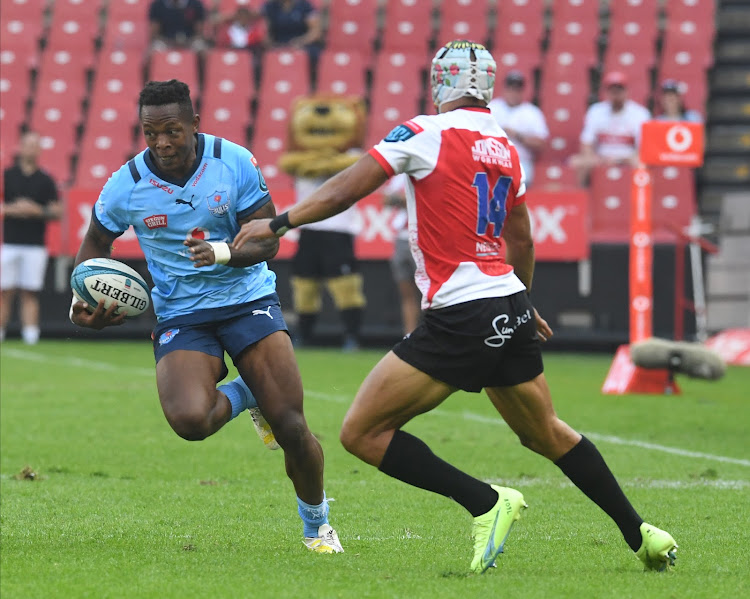 This Rugby Championship (URC) match produced a cracking opening quarter with the Lions and the Bulls intent on stretching each other’s defence at Ellis Park on Saturday afternoon.

That opening burst, however, proved to be a false dawn.

They ran at each other with much verve and vigour in this URC opener but ultimately too many errors, especially from the home team, prevented the game from reaching the realm of spectacle.

Bulls coach Jake White however will be well pleased his team this time hit the deck running with a 31-15 win.

It of course helped that his team had the benefit of a proper build-up in preseason.

The Bulls received a baptism of fire at the start of last season’s campaign but this time they got going against a team that is hoping to elevate their status as SA also-rans.

While the Lions gave a decent account of themselves on the evidence of this match they still have some catching up to do.

While they don’t lack enterprise their game needs more cohesion and refinement. Routinely falling on the wrong side of the law did little for their cause in this match.

The Bulls shot into an early lead when Marcell Coetzee crashed over. He again put in another honest shift.

The Lions hit back with a penalty from Jordan Hendrikse and though they showed much intent to take the fight to the Bulls, they were hamstrung by poor handling.

They coughed up possession in the Bulls’ half and they were left to rue those errors as well as the missed conversion and penalty which would have brought them within two points of the visitors at the break.

The Lions came roaring back in the initial stages of the first half.

Scrumhalf Morne van den Berg starting pulling the strings though not always with the required dexterity.

The Lions however were determined to play themselves back into the match and when Marius Louw crossed for a try in the 44th minute the match was very much in the balance.

The penalties however were starting to mount against the hosts.

As a result whatever territorial gains they made were quickly offset by the shrill of the referee’s whistle.

They spent far too much time in their own territory in the second half and it allowed Smit to add to his tally.

By the three-quarter mark the Bulls had established a 21-15 lead.

The Lions were still in striking distance with a quarter of an hour to go but after another pass failed to go to hand in midfield the Bulls pounced by booting the ball up field and earned a penalty from the resultant chase.

Smit’s third penalty of the half gave them a nine-point buffer and by the time Jan-Hendrik Wessels crossed in the corner the win was in the bag.

Support independent journalism by subscribing to the Sunday Times. Just R20 for the first month.