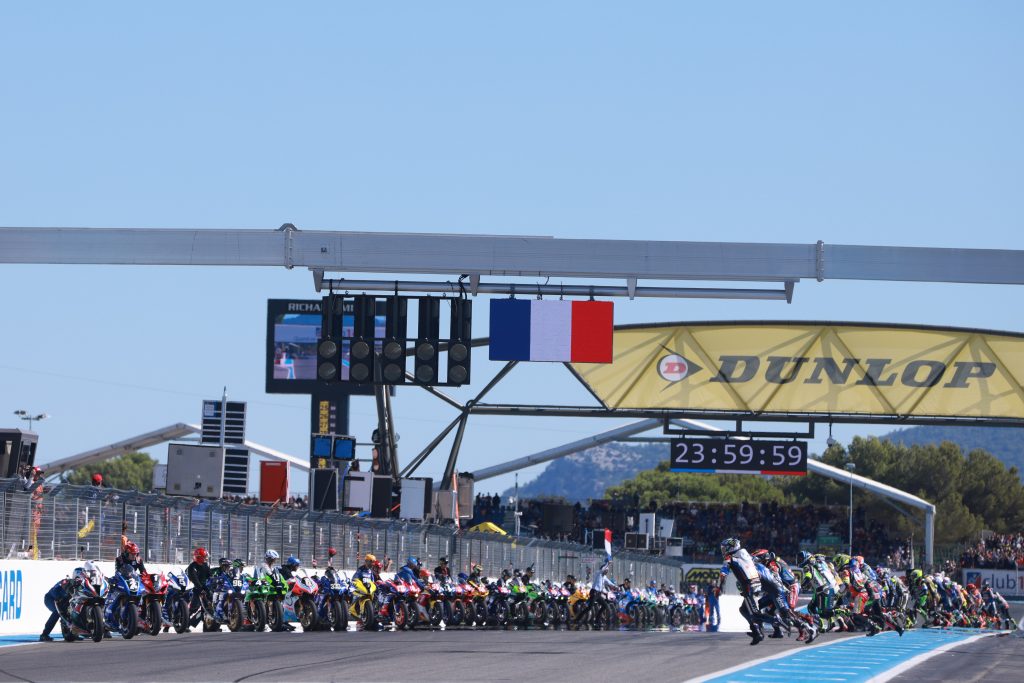 The race to win the 2022 FIM Endurance World Championship has been turned on its head during a dramatic start to the 100th-anniversary Bol d’Or.

One of the toughest disciplines in international motorsport has more than lived up to its hugely demanding reputation with four of the top five teams in the standings heading to Circuit Paul Ricard hitting trouble. Their challenge has been increased by the engine-straining 1.8-kilometre Mistral Straight and a tail wind that had pushed top speeds to well above 300kph during the opening exchanges.

Yoshimura SERT Motul, the defending champion team and leader after three rounds, joined BMW Motorrad World Endurance Team – out earlier with an overheating issue – on the list of retirements, when efforts to repair an engine issue failed.

Having dropped out of contention with an engine issue of its own, YART – Yamaha Official Team EWC returned to the action shortly after 21h30 having spent some three hours in the pits. But its comeback was short-lived when Karel Hanika stopped at Turn 6, thereby ruling out any fading hopes of winning the championship.

F.C.C. TSR Honda France lost nine minutes to enable a faulty oil radiator to be replaced before the team was forced to make another unscheduled stop, this time for almost five minutes, when an exhaust problem surfaced. It has since been trying to make up for lost time, albeit resisting the urge to go at full throttle in order to avoid further need for repairs, as the team’s French rider Mike Di Meglio explained.

Webike SRC Kawasaki France was in the victory fight when it stopped for more than 15 minutes while an engine wiring issue was rectified, Florian Marino being forced to push his stricken machine back to the pits.

But there have been no such problems for ERC Endurance-Ducati, the leader at the points-paying eight-hour mark, and TATI Team Beringer, which is battling F.C.C. TSR Honda France for the FIM Endurance World Championship crown based on the current classification. However, with 16 hours still to run, the outcome is far from settled.

Plenty of action in Superstock with multiple lead changes

While Formula EWC has provided plenty of entertainment, the action in Superstock has also been must-see with the FIM Endurance World Cup title also up for grabs during the Bol d’Or. OG Motorsport by Sarazin was in front after eight hours, while Team 18 Sapeurs Pompiers CMS Motostore – which led the category earlier in the race – is on course for the title. RAC41-Chromeburner and Team 33 Louit April Moto are also well placed, despite Team 33 Louit April Moto losing time pitting to change a damaged front tyre. BMRT 3D Maxxess Nevers is fifth in class ahead of the pole-sitting Wójcik Racing Team after eighth hours of racing.

The opening laps delivered more classic FIM Endurance World Championship action with Gregg Black, Mike Di Meglio, Xavi Forés and Markus Reiterberger all taking their turn to lead. But it was Forés who pulled off the most spectacular pass, overtaking his three rivals on a sensational slipstream move on the Mistral Straight. 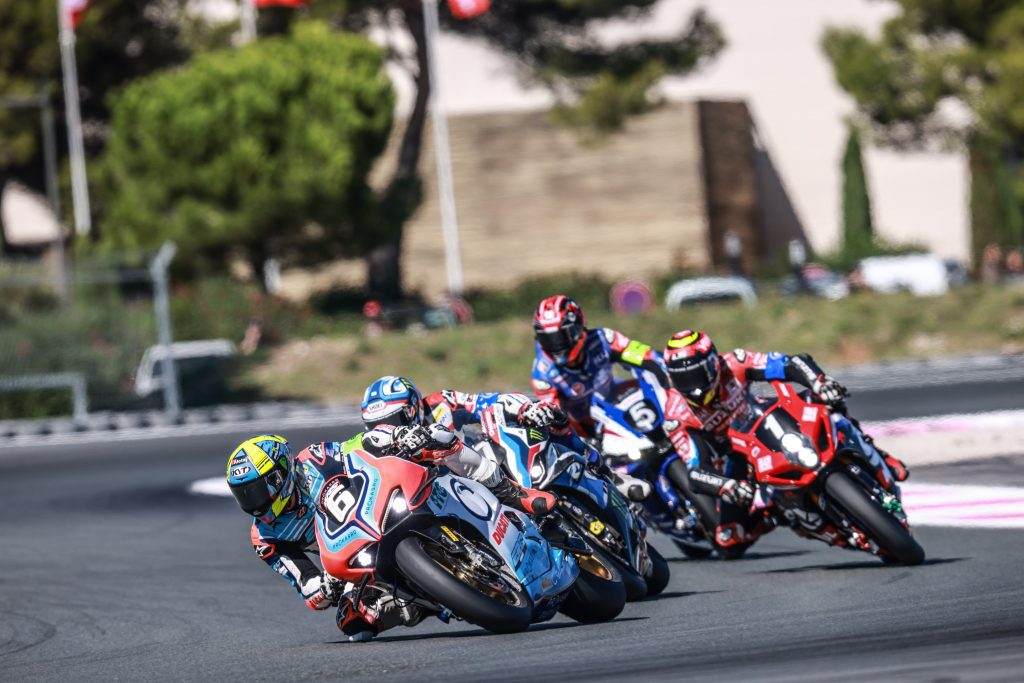