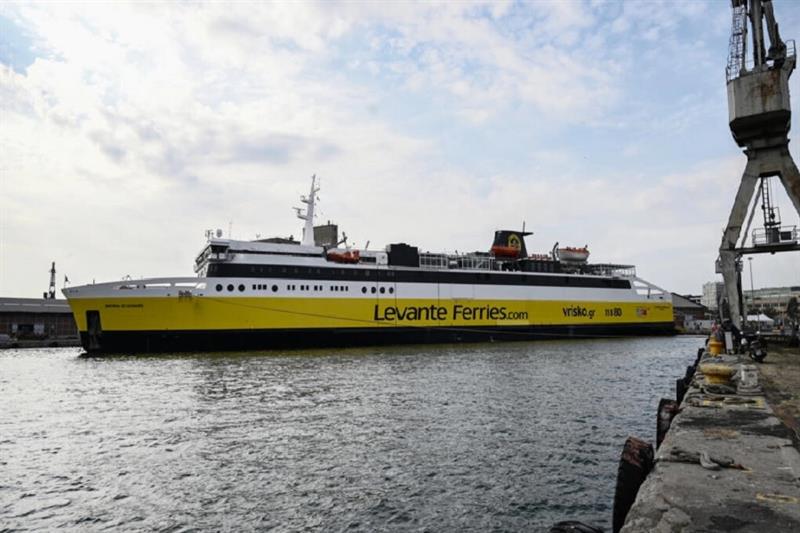 The Smyrna di Levante left Thessalonika to inaugurate the first service between continental Greece and the seaside town of Izmir in western Turkey. AFP

The company said the vessel carrying up to 948 passengers and as many as 300 vehicles would both promote the neighbours’ commercial interests and deepen ties.

The ship began its maiden test voyage from Thessalonika at 5.15 pm (1414 GMT) on Monday with 35 people aboard, mainly Levante employees, bound for Izmir some 14 hours away.

The ferry firm has over the past three years invested a reported 16 million euros in the three-times weekly route, the first direct major link between continental Greece and Turkey.

“We want to link Europe and Asia (and) benefit from market demand” to “promote maritime and tourist transport,” said Greek operator Yannis Dimitriadis.

Greece and Turkey have endured long bouts of sometimes bitter rivalry with a series of maritime border disputes raising tensions amid Turkish accusations its fellow NATO member seeks to militarise more than a dozen of its islands in the Aegean Sea.

Athens has pushed back against Ankara’s demands that it desist from doing so.