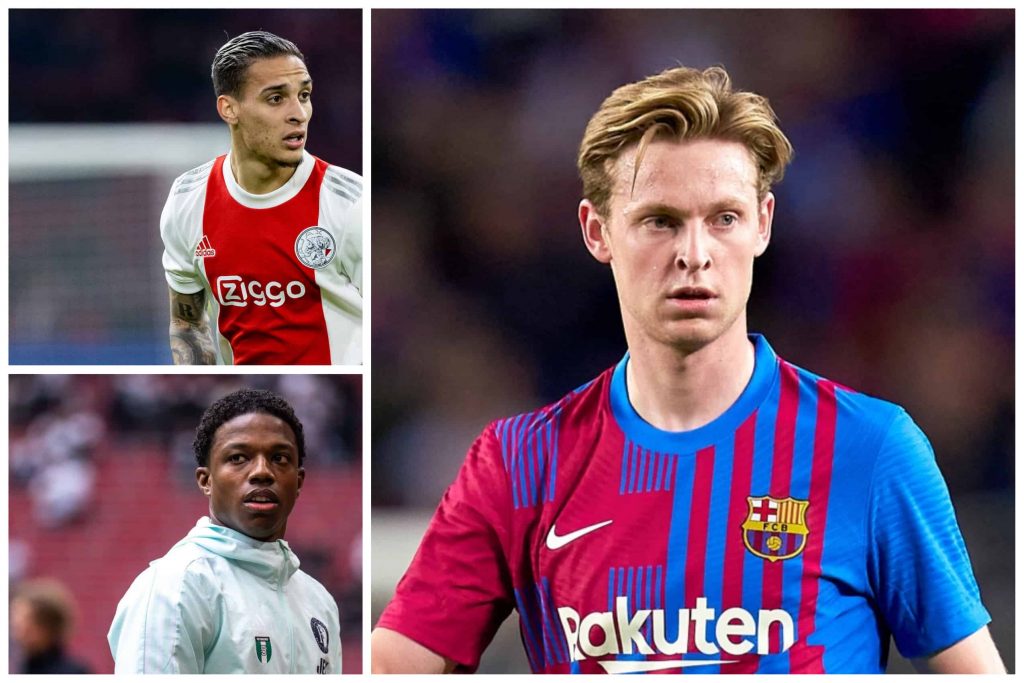 Just when it looked as if Manchester United, now under the stewardship of incoming manager Erik Ten Hag, would remain dormant in the summer transfer window, rumours of negotiations are starting to gain traction.

While it is often hard to pinpoint a specific problem among Manchester United’s squad given the abundance of talent they clearly hold, it would seem as if their priorities lie in acquiring a new central midfielder, as well as bolstering up their options on either side at full-back.

With Paul Pogba heading for the exit and the club said to be listening to offers for the likes of Aaron Wan-Bissaka, Brandon Williams and Alex Telles, it leaves United fairly thin, and among the most strongly rumoured targets, it seems they are intent on addressing these positions.

Who Are United Targeting?

While this rumour has seemingly rumbled on for several weeks without much movement, the past few days have seen negotiations intensify with Manchester United willing to match Barcelona’s £65m valuation.

While there is a long way to go for United in seeing out a deal of this magnitude, it would seem Barcelona’s economic constraints may force them into giving up one of their prized assets, much to the dismay of manager Xavi Hernandez.

United would certainly improve leaps and bounds should they manage to persuade the 23-year-old to make the switch to Manchester. New manger Erik Ten Hag was key to De Jong’s development into the smooth operator we see now, and will likely promise him a preferred deeper role, something which has halted his development at Barcelona with Sergio Busquets still occupying that area.

In what looks as if it could be Manchester United’s first signing of the window, talented young left-back Tyrell Malacia has reportedly agreed terms over a move from Feyenoord.

The Red Devils seemingly hijacked Lyon’s bid for the 22-year-old with a last minute bid, which has reportedly been accepted by the Dutch club. Ten Hag is supposedly a long-time admirer, appreciativee of his speed, positional awareness, high interception rate, and ability cause problems with direct overlapping runs.

While Alex Telles and Brandon Williams have deputised at left-back in recent years, Malacia could provide a perfect motivator for mainstay Luke Shaw while offering lots of potential for future development. At £13m, this may well turn out to be a shrewd signing.

Another player rumoured to be reunited with Erik Ten Hag is Ajax’s mercurial Brazilian Antony.

At just 22, he won two Eredivisie titles as well as a KNVB Cup under his former manager, who is said to be pressing the Manchester United board into acquiring his services. Ajax are reluctant to sell their prized asset, and a bid in excess of £60m is said to be required in order for them to even think of letting him leave the club.

He would undoubtedly bring a whole different dimension to United’s style of play – an incredibly decisive and intelligent player, his acceleration from a standing start is explosive; elite balance and a low centre of gravity make him incredibly hard to stop, and he has the strength and tenacity to deal with the high-octane tempo of the Premier League.