Manga ‘Megami no Café Terrace’ Gets TV Anime in 2023 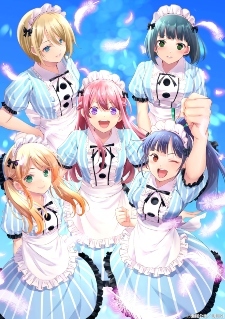 Publisher Kodansha announced on Thursday that Kouji Seo‘s Megami no Café Terrace (Goddess Café Terrace) is receiving a television anime adaptation. The anime is scheduled to premiere in 2023.

Hayato Kasukabe has been accepted to Tokyo U on his first try. Receiving news of his grandmother’s death, he returns to his childhood home, Café Terrace Familia, for the first time in three years to find five strange girls there who claim to be “Grandma’s Family”! Hayato’s unexpected life in a seaside town with these five girls of fate begins here! (Source: Kodansha, translated)

Megami no Café Terrace on MAL