The mega-project has met strong opposition from rights activists and environmental groups, which say it threatens the livelihoods of tens of thousands of people and fragile ecosystems in the region.

The report by Friends of the Earth and the Survie (Survival) NGO said the pipeline would emit “up to 34 million tonnes of CO2 per year into the atmosphere — far more than the combined greenhouse gas emissions of Uganda and Tanzania”.

It warned East Africa Crude Oil Pipeline (EACOP) infrastructure “risked a major oil accident” off the Tanzanian coast that could harm protected marine areas, and would “threaten more than 2,000 square kilometres of nature reserves” in the biodiverse country.

The report said communities were having to give up land “under duress and at an unfair price… to the EACOP consortium led by Total”.

They faced “an interminable wait” for compensation, it added — “three to four years for the majority of people affected”.

The NGOs said TotalEnergies had not “implemented adequate measures to put an end to these violations”, and concluded that “the human, climatic and environmental costs of Total’s oil mega-project are simply unacceptable”.

In response, TotalEnergies said it would “do everything possible to make it an exemplary project in terms of transparency, shared prosperity, economic and social progress, sustainable development, environmental awareness and respect for human rights”.

These included “wrongful imprisonment of human rights defenders, the arbitrary suspension of NGOs, arbitrary prison sentences and the eviction of hundreds of people from their land without fair and adequate compensation”.

On Tuesday, police in Kampala arrested several Ugandan students during a demonstration against the project.

The StopEACOP campaign group has called for their “immediate release”.

Coordinator Omar Elmawi said: “It is sad that in our time, innocent citizens are being arrested for simply exercising their right to speak out… about the EACOP project and the damage it will do to people, nature and the climate”.

The European Parliament resolution said more than 100,000 people were at risk of being displaced by the pipeline and called for them to be adequately compensated.

It also urged TotalEnergies to take a year before launching the project to study the feasibility of an alternative route “to better safeguard protected and sensitive ecosystems and the water resources of Uganda and Tanzania”.

All About Oil and Gas News at OilGasDaily.com 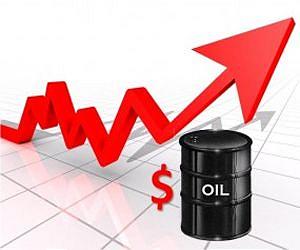 WTI climbed 4.5 percent to $83.06 and Brent piled on 4.4 percent to $88.83 ahead of a meeting of the group this week in Vienna, with Bloomberg News saying officials were discussing a one-million-barrel-a-day cut in output.

Bloomberg added that the move – which it said delegates to OPEC had not finalised – would be the biggest since the pandemic began, when cru … read more