If rumors are to be believed, the OnePlus 10T will be the last flagship that the company releases this year (no 10 Ultra, no 10T Pro, etc.). Little was known about the phone other than that it will be powered by the Snapdragon 8 Gen 1 chipset. Now leakster Yogesh Brar and Onsitego have uncovered more details, enough to make 3D renders of the phone.

The 10T has an unusual design for the company – the camera bump on the back extends across the full width of the phone. The leaksters warn that this design is based on early prototypes so the material finishes may not be accurate.

Anyway, this will be a larger phone than expected. There are no exact dimensions yet, but the screen will apparently measure 6.7” in diagonal, larger than previous T-phones and as large as the 10 Pro. However, it will have FHD+ resolution instead of QHD+ (while keeping the refresh rate at 120Hz). 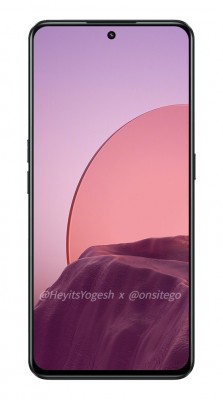 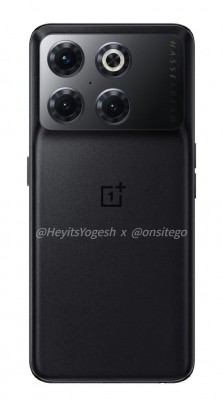 The phone will also have faster charging than the Pro, 150W vs. 80W, at the cost of a slightly smaller battery, 4,800mAh vs. 5,000mAh. Wireless charging will still not be supported. But neither the screen nor the battery capacity are the big downgrade – that would be the rear camera setup.

The OnePlus 10T will allegedly use a 50MP main camera with OIS and 4K 60fps video recording. It will be joined by a 16MP ultra wide camera and a 2MP macro module, no telephoto lenses on board. The front-facing camera will have a 32MP sensor.