Former president Donald Trump’s Truth Social website is facing financial challenges as its traffic remains puny and the company that is scheduled to acquire it expresses fear that his legal troubles could lead to a decline in his popularity.

Six months after its high-profile launch, the site — a clone of Twitter, which banned Trump after Jan. 6, 2021 — still has no guaranteed source of revenue and a questionable path to growth, according to Securities and Exchange Commission filings from Digital World Acquisition, the company planning to take Trump’s start-up, the Trump Media & Technology Group, public.

The company warned this week that its business could be damaged if Trump “becomes less popular or there are further controversies that damage his credibility.” The company has seen its stock price plunge nearly 75% since its March peak and reported in a filing last week that it had lost $6.5 million in the first half of the year.

The FBI search of Mar-a-Lago, Trump’s Florida estate, fueled a burst of Truth Social user activity, and Trump himself has increasingly used the site as one of his main online megaphones. “WE GAVE THEM MUCH,” he said, or “truthed,” on Friday in reaction to an FBI affidavit about classified documents kept at his Palm Beach home.

There are signs that the company’s financial base has begun to erode. The Trump company stopped paying RightForge, a conservative web-hosting service, in March and now owes it more than $1 million, according to Fox Business, which first reported the dispute.

The company also has struggled with some basics of corporate operation. The U.S. Patent and Trademark Office this month denied its application to trademark “Truth Social,” citing the “likelihood of confusion” to other similarly named companies, including an app, “VERO — True Social,” first released in 2015.

Representatives from Trump’s company and Digital World did not respond to requests for comment.

RightForge has advertised itself as a pillar of the conservative push to build a parallel internet protected from “Big Tech censorship.” Its chief executive Martin Avila declined to comment and said, “We fully stand behind the president and his endeavors.”

But two people familiar with the dispute, who spoke on the condition of anonymity to discuss private details, said the lack of payment had fueled anger that Trump could shortchange a champion of his “free speech” mission.

The Trump company and RightForge have been communicating with each other exclusively through attorneys in recent weeks, the people said. Digital World Acquisition’s stock slid Friday about 7%.

Trump’s businesses have faced many similar payment battles over the years. In past SEC filings, Digital World has also noted that “a number of companies that were associated with [Trump] have filed for bankruptcy” and that “there can be no assurances that [Trump’s media company] will not also become bankrupt.”

In fact, Digital World’s filings have been consistently downbeat on the likelihood that Truth Social will be a success. Trump’s company “may never generate any operating revenues or ever achieve profitable operations,” it said in May, and if it is “unsuccessful in addressing [its] risks, its business will most likely fail.”

In June, Digital World said it had been subpoenaed by a federal grand jury and was facing investigations from both the Justice Department and the SEC that could delay its merger with Trump’s firm. The deal, initially planned for this year, is now indefinitely frozen.

Digital World also has said in filings that Trump’s social network will need millions of people to “regularly use” it for the site to achieve commercial success.

But Trump, the site’s most popular user, has fewer than 4 million followers, and the site’s most active trending topics, including #DefundTheFBI, have shown only a few thousand people posting to them in recent days, data from the site shows. For comparison, Twitter says it has about 37 million people in the U.S. actively using the site every day.

Truth Social has become a common sounding board for pro-Trump discussion and outrage. An armed man who was killed after failing to storm an FBI office in Cincinnati had been a frequent user of Truth Social, urging followers in posts to “kill” FBI agents “on sight,” according to a profile that matched the suspect’s name, location, and photograph.

But in the days since the FBI search of Mar-a-Lago, Truth Social’s viewership has slowed, according to traffic estimates from Similarweb, an online analytics firm. Its U.S. audience has tumbled to about 300,000 views a day, down from nearly 1.5 million on the day of its launch.

While the site’s reputation suffered after its February launch was marred by fake accounts, a long wait list, and other technical glitches, that time also marked the peak of the site’s online popularity, the estimates show.

Trump faces Justice Department investigations into his role in the Jan. 6 riots at the U.S. Capitol and into how he handled classified documents after losing the presidency. Civil investigators in New York are digging into the Trump Organization, his longtime real estate, and licensing firm.

Even his hiring of former Republican congressman Devin Nunes, a staunch Trump ally, to be the company’s CEO faces scrutiny. Magistrate Judge William Matthewman in West Palm Beach ruled earlier this month that Trump Media must provide information regarding Nunes’ employment to Hearst Magazine Media and journalist Ryan Lizza, whom Nunes has sued for defamation.

Nunes, who assumed his post in January, currently makes $750,000 a year and is scheduled for a raise, after two years, to $1 million, Digital World filings show. 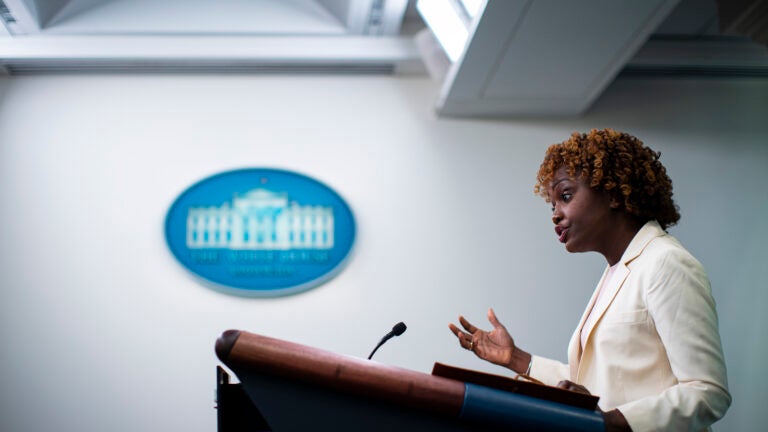